WHO IS ABDUL KALAM?

A.P.J. Abdul Kalam( Avul Pakir Jainulabdeen Abdul Kalam) was an Indian scientist who played a great role in the advancement of nuclear and missile program of India. He also served as a President of India from 2002 to 2007.

You have to dream before your dreams can come true

EARLY LIFE AND EDUCATION OF KALAM

Abdul Kalam was born on 15th October ,1931 at Rameswaram, India. He was the youngest of four brothers and one sister in his family. He did his schooling at Schwartz Higher Secondary School, Ramanathapuram. Being a bright and hard-working student he went on to attend Saint Joseph’s College, Tiruchirappalli where he graduated in physics in 1954. Having a great interest at aerospace, he studied aerospace engineering in Madras Institute of Technology.

Sometimes, it is better to bunk a class and enjoy with friends, because now, when I look back, marks never make me laugh, but memories do.

After graduating from MIT, he applied for IAF(Indian Air Force) on which he ranked 9th where 8 applicants were selected. Then he joined the Aeronautical Development Establishment of the Defence Research and Development Organisation(DRDO) in 1958. Soon he joined Indian Space Research Organization where he became project director of the India’s First Satellite Launch Vehicle, SLV-III. Rohini satellite was successfully deployed by the team. 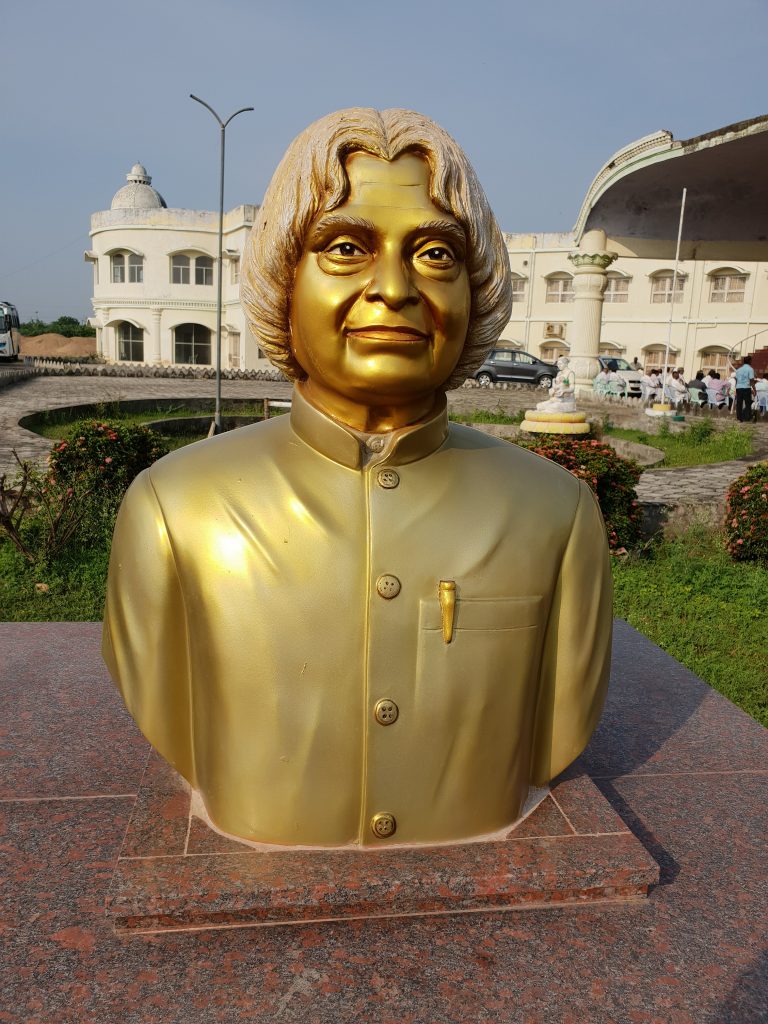 In 1963 to 1964, he visited NASA for training related to rocket launch. The training boosted his experience on rocket. He received supports from government to expand his projects.

Kalam served as the Chief Scientific Adviser to the Prime Minister and Secretary of the Defence Research and Development Organisation from July 1992 to December 1999. His great contribution on nuclear weapon test claimed him a national hero.

ABDUL KALAM AS A PRESIDENT

Kalam became the 11th President of India. National Democratic Alliance(NDA) expressed their nomination on Kalam for the post of President. Praising this, opposition parties including Nationalist Congress Party supported him. The voting was like a one way. He easily won the election. He remained committed to science and technology and proposed of technological plan for the upliftment of India.

A QUICK REVIEW OF ABDUL KALAM

India 2020: A Vision for the New Millennium (co-authored with Yagnaswami Sundara Rajan, (1998)

You Are Born To Blossom: Take My Journey Beyond (co-authored with Arun Tiwari, 2011)

Turning Points: A journey Through Challenges (2012)

My Journey: Transforming Dreams into Actions (2013)

Governance for growth in India (2014)